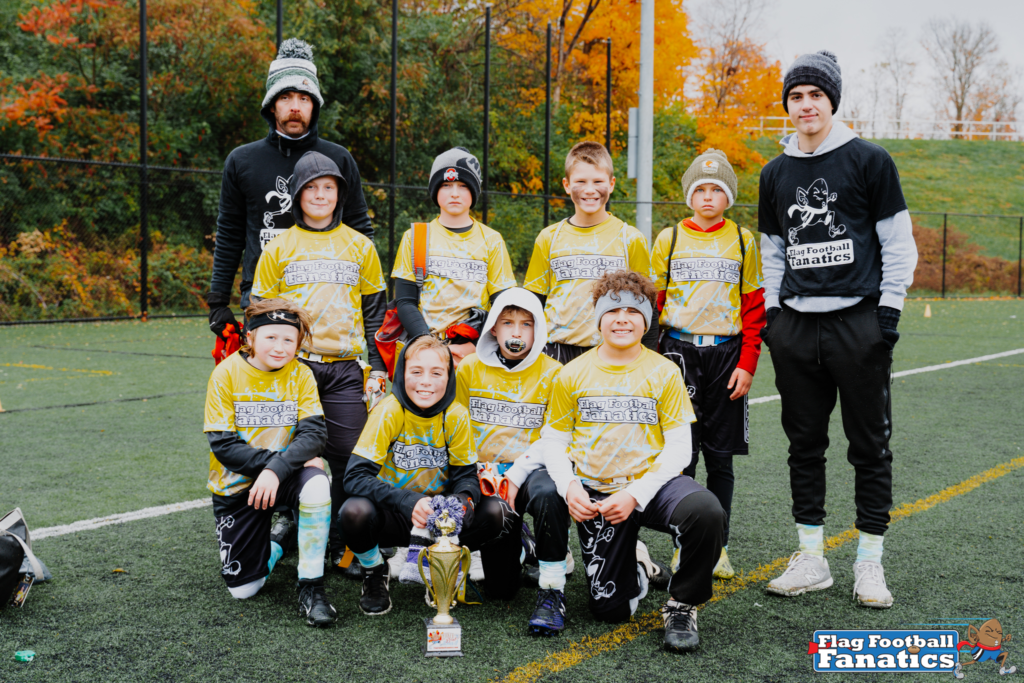 Other Information
– Teams will receive their jersey at Meet + Greet
– If a Swag Pack, or team gear was ordered they will be distributed to players at the first game on 9/11/22
– Most teams practice on Meet + Greet Day
– If your team plans to practice please put have a child put their jersey on as soon as they receive it so the rest of the team can find them

What is the Bump List?
The Bump List is like a waiting list. After you submit payment we will try to find a spot on a team. If we are unable to find a spot on a team (within 4 business days), we will refund you 100%. How can I improve the chances of my child playing this spring?
A) If you, or someone you know, is willing to be a HEAD COACH, your child will move to top of Bump List
B) We may contact you about playing in a neighboring city based on availability / enrollment
C) Questions: info@flagfootballfanatics.com
D) Keep in mind, jersey sizes are limited. Thus, there’s a chance your child will receive a jersey within 2 sizes of your desired size.